Finding Primary Sources in the Catalog

Using the library catalog, you can find a variety of primary sources: memoirs, autobiographies, collections of letters, personal papers, etc.   Begin by identifying key search terms for your topic.
Example: If your topic is "Women in the British Empire", try searching for Women and "British Empire"
See which keyword the catalog identifies as Subject terms - these are the official keywords used in our catalog for your topic.
Once you do this, try adding phrases like:
sources
memoir
autobiography
letters
personal papers
These will limit the search to primary source materials on your topic.

Source Books Drew has a large collection of re-published primary sources. Originally published centuries ago, these materials have been recompiled and reprinted for ease of access. Though many of these "source books" have been printed recently, the materials within are Primary Sources. To find these, go to the library catalog. In the first bar, type History and Sources. In the drop-down box labeled "Anywhere", select "in Subject" In the second bar, type in the country of interest. In the Third bar, type in the topic. For example: A search for History and Sources (in Subject), and Great Britian (anywhere) and women (anywhere) give you 13 books of primary sources about women in Great Britain!

Newspapers and Magazine There are a few ways to find historical newspapers and magazine at Drew. Magazines in Print are can be found by consulting our periodical lists in Drew UKnow. These are organized by time period: PERIODICALS 1700-1799 (English Only) PERIODICALS 1800-1849 (English Only) PERIODICALS 1850-1900 (English Only) The library catalog can also be used to find journals and magazines by setting a time period (eg. A search limited to "1700 to 1800" and "Periodicals" yields five magazines from the 18th century) Drew also has a large collection of Historical Newspaper Databases, found Here. Another excellent resource is the Library of Congress Chronicling America project.

For images, check out ARTstor: ARTstor  ARTstor is a digital library of more than one million images in the arts, architecture, humanities, and social sciences with a suite of software tools to view, present, and manage images for research and pedagogical purposes. The collections comprise contributions from outstanding museums, photographers, libraries, scholars, photo archives, and artists and artists’ estates. ( For advanced functionality, register and login. )

Drew has an incredible amount of primary source resources: in our stacks, in our databases, in our Federal Depository, in Archives and Special Collections, and in our unique United Methodist Collection.  For a detailed listing of potentually useful primary sources, see our Primary Sources at Drew Guide.   Digital Newspapers include:  America’s Newspapers (1690-1922); 19th Century Masterfile (Index to magazines of books of the 19th century); African American Newspapers: The 19th Century (major Africa-American newspapers 1837-1860); The Civil War Newspaper Perspective (Northern and Southern newspapers 1860-1865); Irish Newspapers Archives (1738-present). Additional online newspapers, journals, and magazines databases include:

RASP: Resources for Research: Periodicals - scanned 18th, 19th and 20th Century periodicals online.
Making of America Project - Cornell
Making of America Project - University of Michigan
Serials from the University of Pennsylvania
Chronicling America: Historic American Newspapers - from the Library of Congress.
The HathiTrust is a large archival database. You can find newspapers or journals/magazines there. Browse thePublic Collections.
The Internet Archive is another large archival database worth looking into. This archive is phenomenal for its music, video (including old news reels) and audio materials (including news reports).

Newspapers and Magazines in Print and Microfilm include:  American Magazine (1906 -present); American Mercury (1924 -present); Atlantic Monthly (1857 - 1932); Ebony (1954-present); Fortune (1930 -present); Harper's (1913 -present); Life (1936 -present); New Republic (1914 -present); New Yorker (1940 -present); Newsweek (1936 -present); Publisher's Weekly (1957-present); Saturday Evening Post (1939-present); Scribner's Magazine (1887-1937); Time Magazine (1924-present); Christian Science Monitor (Microfilm 1960 - 1993, Index: r Ref A121 C 46 1960-1969); Village Voice (Microfilm 1970-2006); Wall Street Journal (Microfilm 1970-1993); Washington Post (Microfilm 1986-2006, also online in LexisNexis). Drew also owns the American Periodicals (collection of magazines, 1741-1800) on microfilm. The index can be found at Ref 051 A512 H789a.    Full Journal List Government Documents and Publications Drew is a member of the Federal Depository Library Program. As a result, it houses a large collection of materials published by the federal government, including Congress, the White House, the military departments, and other government agencies. The collection - with over 400,000 items - contains materials and documents from the Revolutionary War to the present. More than just boring reports, these include original documents relating to every major historical event in US History: every war, social movement, legislative action, Supreme Court ruling, etc. Ask the Government Documents Librarian (Rick Mikulski - rmikulski@drew.edu) for additional information, or explore A-Level of the library yourself! The collection is organized by department (see guide), but some popular sections are C3 (US Census); CR (Civil Rights), D (Defense), NAS (NASA), PR (White House) and Y (Congressional Reports). Microfilm Collection Drew has a number of historical document collections on microfilm. These include: Early English Books  1641-1700 Wing Collection - more early English books. U.S. Military Intelligence Reports: Surveillance of Radicals in the U.S. 1917-1941 Abolition and Emancipation American Periodical Series - The 18th Century In the Catalog! Drew has been collecting books since the 19th century! Many of those works are now historical documents in and of themselves.  From the 1860s Narrative of the Second Artic Expedition to The Papers of Alexander Hamiltion, use the Drew Library book catalog to find historical documents from the 19th century (do this by narrowing the "date" search field in the uppe right-hand side!). University Archives, Special Collections, and United Methodist Center Drew is fortunate to house a number of unique historical collections. Those of you interested in the history of Drew and the area can contact the University Archivst, Dr. Matthew Beland. Despite its small size, Drew has been connected with a number of major US historical events (including protests in the 1960s).  The Drew Univeristy United Methodist Center also houses a variety of unique collections. Email the research staff at the Methodist Center for additional information - or just walk in! It is open to the public). Other Digital Resources Google Books has digitized a lot of primary resources. Coverage is haphazard, but worth a try, especially for materials out of copyright (prior to 1923). Internet Archive has digitized many historical documents, books, reports and more. Hathi Trust a multi-library collaborative effort to digitize out of copyright materials dmoz Open Directory Project - an eclectic compilation of resources, including access to some source documents. History related topics are found under Arts > Humanities > History. "The Open Directory Project is the largest, most comprehensive human-edited directory of the Web. It is constructed and maintained by a vast, global community of volunteer editors." 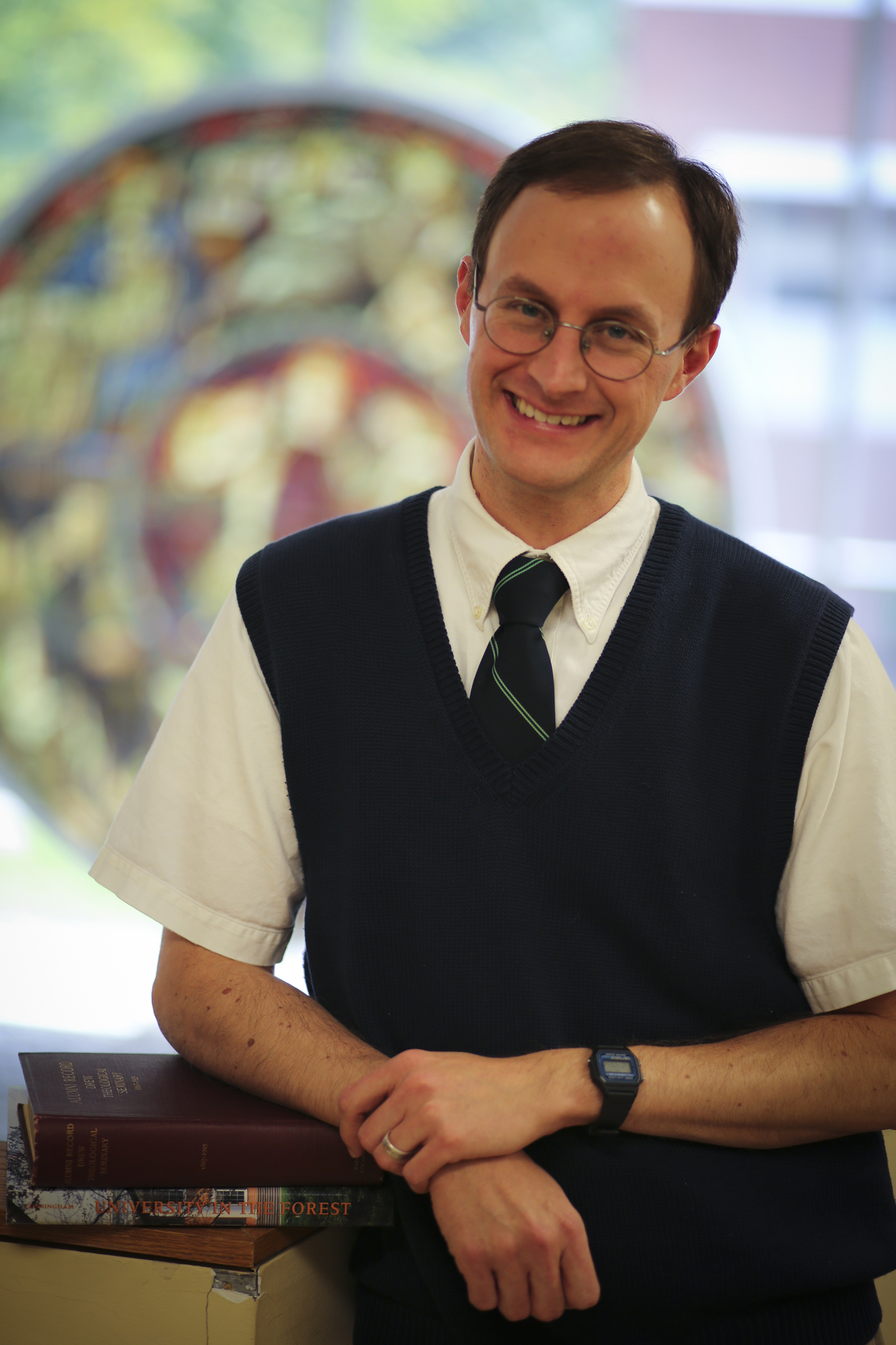